I learned to touch type with my 7 year old son, to further my career and prepare him for his!

Although I type with just 4 fingers (my index and middle), I've never considered myself a slow typist. In fact, I've always thought of myself as being fairly fast but after reading an article online on how touch typing can increase your productivity and workflow, it began to make me think. Could I get even faster?

First of all, what exactly is touch typing? Keying in the words and doing an online Google search, it said, 'type using all one's fingers and without looking at the keys on the keyboard'. Okay, I kind of knew that but what I didn't know was the following fact.

When you type with just two or a few fingers, you use your conscious mind, i.e. you think as you do. This creates additional mental load, which can hinder creativity and slow productivity.

However, when you learn to touch type with all your fingers and thumbs, the physical skill gets transferred to your sub-conscious, freeing your conscious mind to multi-task and concentrate on more important things, such as planning, composing, processing, proofreading and editing and so on. Wow! 'I'd never thought of this before. It's the same concept as learning to drive. 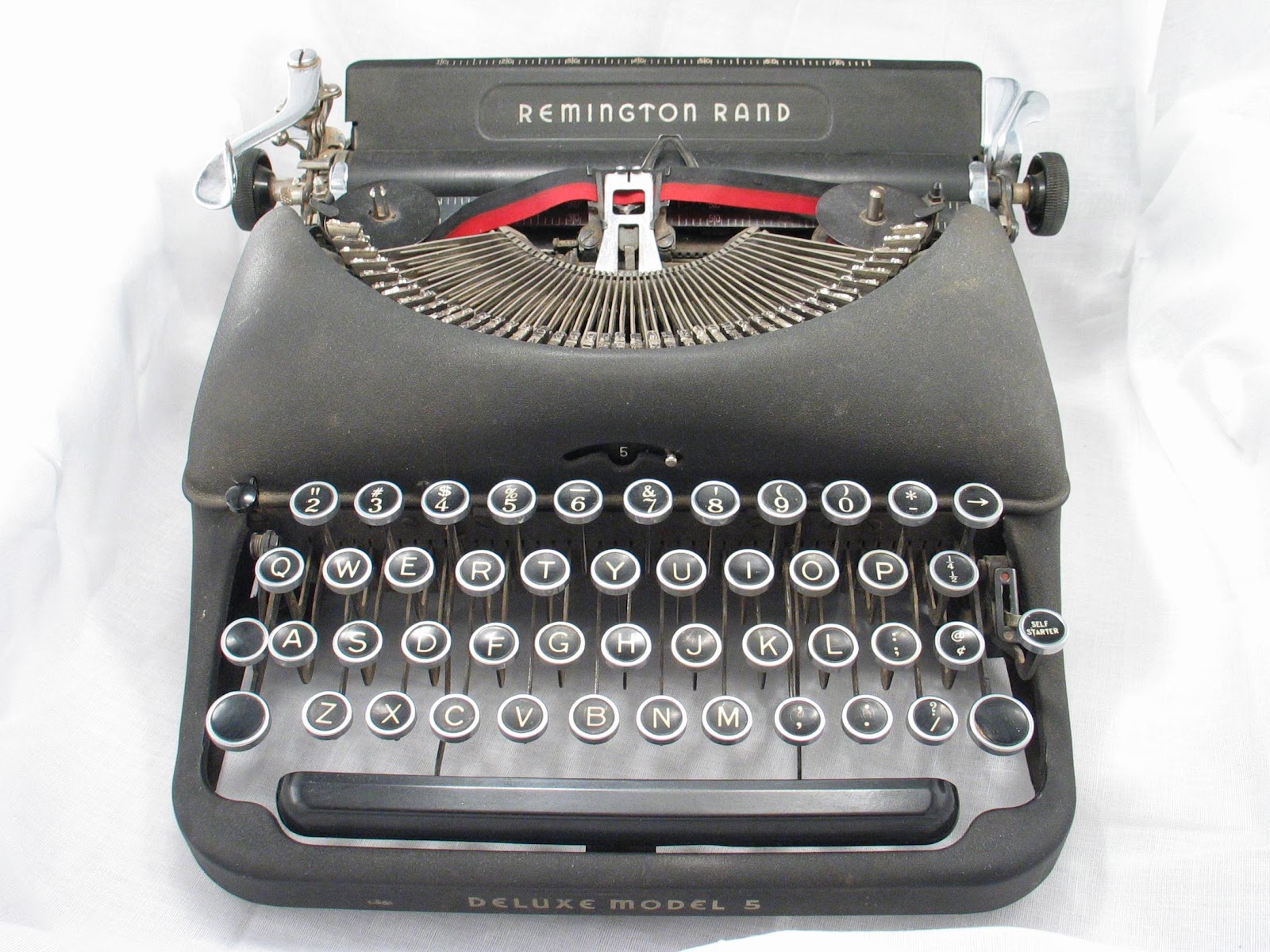 On searching for the right software, I read about several different 'learn to type' product. One particular website caught my eye: kaz-type.com

They use a unique Accelerated Learning teaching method, which supposedly teaches you to type the a-z keys in just 90 minutes and they made a point of highlighting the fact that their course was developed through research and science. I like research-based products, so I decided to give it a go. What did I have to lose? It was only £24.95.

On their home page, KAZ also offered a free online typing test, allowing you to gauge your typing speed and accuracy before you started the course. This was great, as it gave me a starting point. I was very confident that I would achieve around 35 - 40 words per minute, (the noted average) and so was totally gutted with my result of 22 words per minute, with 72% accuracy. I couldn't believe how slow my typing speed was. I never considered myself as a slow typer. I really thought I could type faster! Looking through their site for some sort of consolation, I came across a blog:

Can you spare 90 minutes? What if I told you it will save you a YEAR in your working life?

It gave me no comfort whatsoever. I needed to learn!

I was very excited about my decision and so announced to the whole household that I was going to learn to type. Before I knew it, my 7 year old son William, who naturally wants to do whatever I'm doing, asked if he could learn to type too. I wasn't too sure if he'd be too young but looking through KAZ's website again, I was thrilled to find they offered a junior edition, suitable for age 6+. Perfect! I bought both editions. I thought if he learned young, he'd have the skill for life. It'll help him at school in future IT classes, when he starts to learn to code at code camps and in his future career. If he's anything like me and chooses to go down the IT path, be it a programmer, data analyst, coder etc., he'll have an edge!

Considering KAZ was developed through research and science, I was rather surprised at how simple it was in both presentation and delivery. Apparently, this is intentional so that it's easy to follow, keeps user focus and according to research, doesn't overload the working memory. It also allows kids to work independently or with minimum help. It worked! William was quite happy to simply follow the instructions.

How the course works

The course consisted of 5 modules and allowed me to work at my own pace and return to any module at any time if I wanted to.

'Flying Start' was an introduction to the course and only took a few minutes. It explained how the course worked, the position of the home row keys (a, s, d, f and j, k, l,;) and about the tiny raised bumps/ridges on the ‘f’ and ‘j’ keys you always wonder about. I never realised they were where you placed your index fingers when positioning your fingers on the home row. Finally, it taught you about correct posture when sitting at the keyboard. The animation for this in the junior edition was very amusing. Willian loved it and played it several times over.

'The Basics' was the most important module. This is where they taught the a-z keys using their 5 trademarked and scientifically structured phrases. Each phrase took approximately 15-20 minutes and although they recommend children work at their own pace and do one phrase at a time, they encourage adults to complete the whole module in one 90 minute session, which I did! 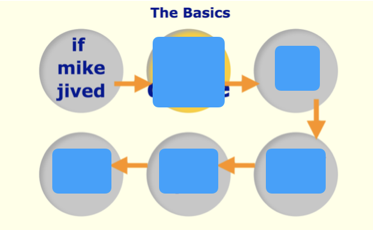 I have to admit, I was a bit sceptical at their claim of teaching the positioning of the alphabet keys in just 90 minutes, but they did! By the end of the session, I could type every letter, be it slowly, without looking at the keyboard. I have to say, it was a pretty good feeling. I'm not too sure how they get it into your brain, but they do. Reading through their explanation, it's to do with muscle memory and brain balance, teaching you to use the fingers of both hands symmetrically and simultaneously. I guess it may be a bit like 'chaos theory', where it all just comes together.

Each phrase used certain fingers to press particular keys. I found the first three phrases quite easy, as they included the fingers I normally use. This is apparently due to finger dexterity. By the end of them I had learned the position of 16 letters! However, the last two phrases proved a little more difficult as they introduced my ring and little fingers, which weren't as dexterous. Even William was rather puzzled but excited to see his fingers automatically moving to the right keys. Being only 7, his attention span was naturally shorter, so progression through the phrases was slower, but that was okay.

The 'Just Do It' module contained exercises with additional vocabulary. Apparently, it's with the repetition of typing words that muscle memory is developed and it really does work. The more I practised, the faster my fingers moved to the correct keys. I felt rather cocky because I could feel it was really working!

'And the Rest' ran through the punctuation keys, such as full stops, commas, shift, numbers keys, symbols etc. I did this section in two hits.

The last module 'SpeedBuilder' helped develop speed and accuracy. It covered the entire keyboard and offered a choice of touch typing either 20 sentences or 20 paragraphs. It recorded and graphed my word per minute and accuracy, allowing me to keep track of my progress. 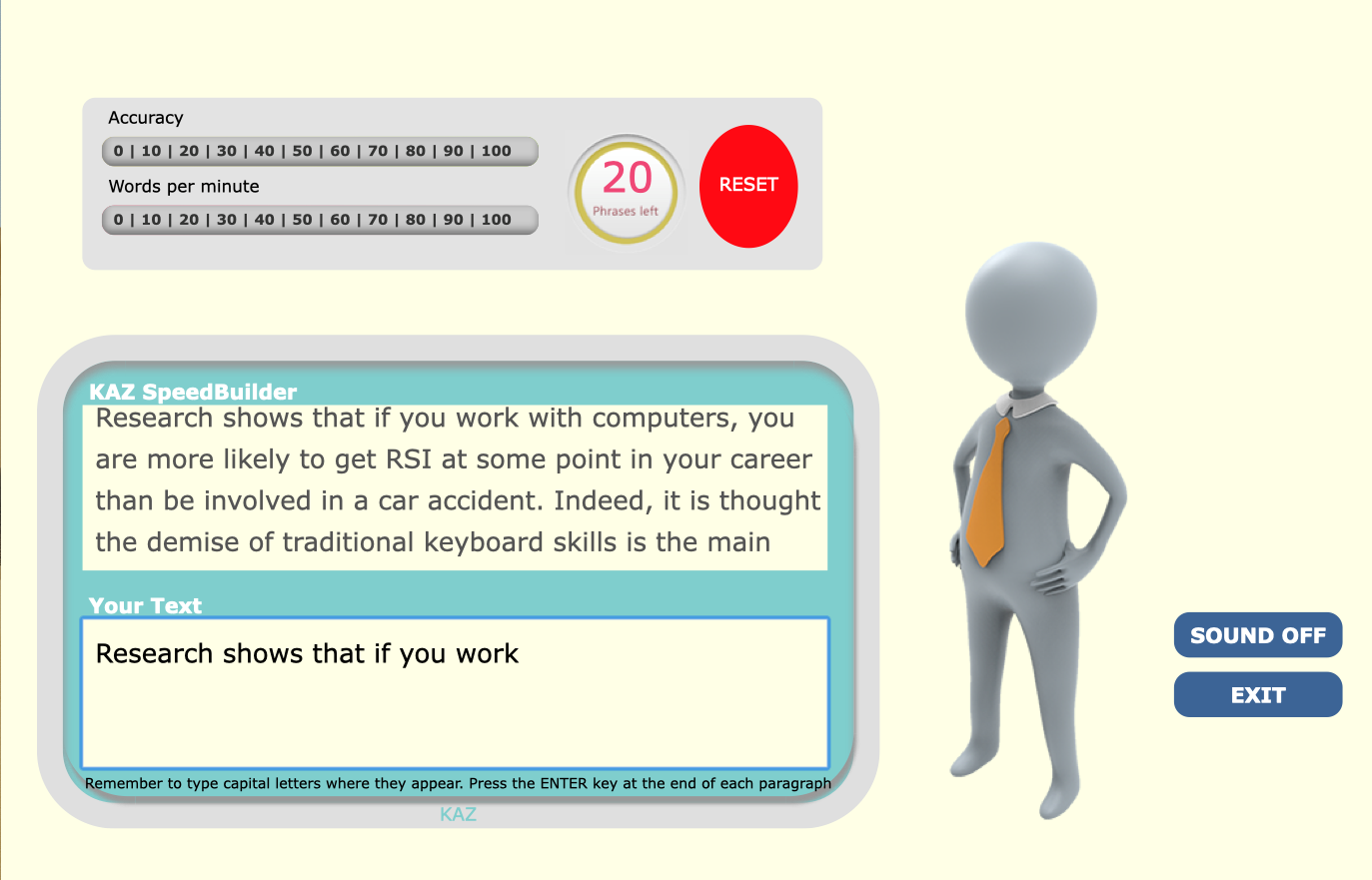 They recommended doing this module once or twice a day, which is exactly what I did but I also practised on my 'day job' work and emails.

At the start, I was fairly slow and inaccurate. In fact, my word per minute had actually regressed. It was lower than before I'd started to learn to touch type and my 'day job' work was taking me longer to type than before. To be honest, it was rather frustrating but I was adamant I wasn't going to go back to my old typing habits, so I kept at it. 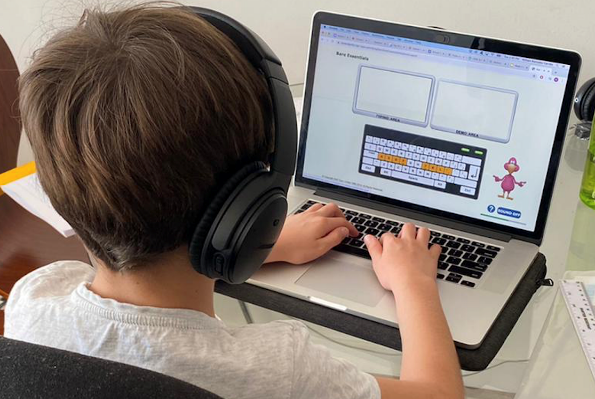 William also happily progressed through the course and is definitely developing automaticity on the a-z keys. Although the vocabulary is suitable for 6-11 year olds, there were a few words he wasn't familiar with. This, however, did not pose a problem because he only had to copy type. He now just needs to complete the punctuation module and practice, practice, practice!

I'm pleased I stuck to my guns because after just over two weeks (approximately 9 hours and 20 minutes of intermittent practice), I'm now touch typing at an average speed of 57-62 words per minute, with an average accuracy of 96%. Incredible!

I'm amazed I've achieved such a fast typing speed in such a short time and without seeming over-confident, I really believe I can further improve my word per minute once I truly master all the punctuation keys.

In conclusion, I think my £24.95 X2 investment to upgrade my typing skills and to teach William to touch type was one of the best investments I could have made regarding my career and his future. There really is a lot to be said about Accelerated Learning teaching methods. William now refers to us as the ‘touch typing heroes’. 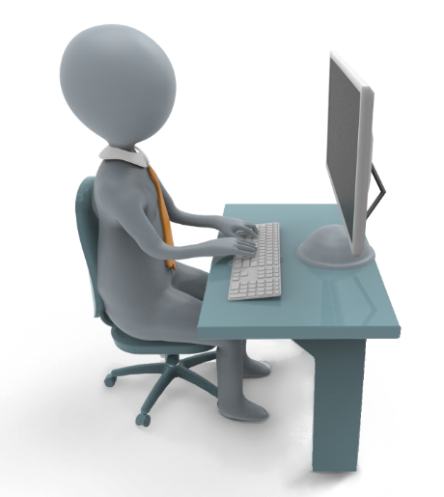