'Why are we so obsessed with handwriting? Children spend hours, days, months and years learning this skill which will be redundant when they leave school and maybe long before', says Sal McKeown, award-winning journalist and Commissioning Editor at Teaching Times.

'Children will be expected to hand in their university assignments, study work for apprenticeships, day-to-day work in offices, factories, retail etc. 'on laptops and tablets, typing instead of writing. Even our traditional exams may soon become digital, in line with other countries around the world and some existing vocational exams in the UK. So perhaps schools should accept the inevitable and focus on equipping pupils with the skill before they leave school, even though it is not on the curriculum.'

Fitting in an extra-curricular activity is hard at the best of times, but in our current climate, it may seem impossible. However, it may be the best gift you could give and equip your pupils for their future!

Due to numerous requests from teachers for a recognised qualification in touch typing to validate their learners’ digital skills, we partnered with Open Awards to produce the only National Ofqual regulated touch typing qualification. 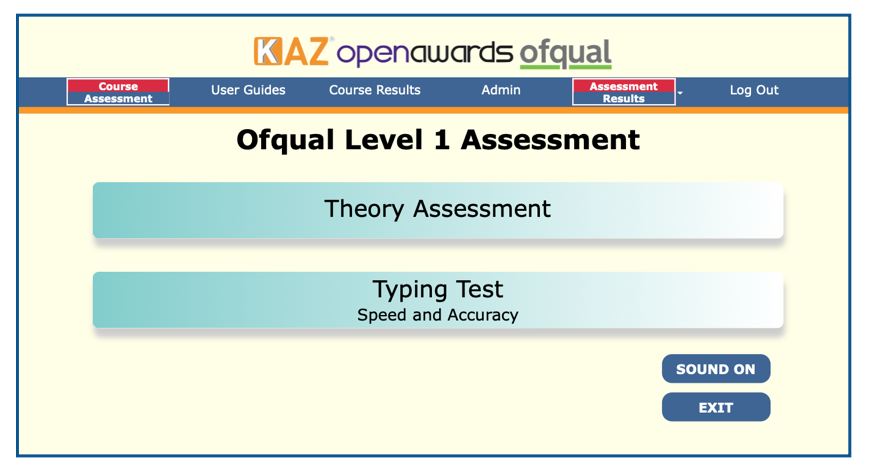 The qualification will be added to pupils’ educational records.

Both independent and state schools are already showing interest in entering their KS3 and SEN pupils for the exam, and colleges plan to offer the qualifications to their learners to prepare them for the workplace.

‘We have been using the KAZ programme since the start of 2019, and it has made a huge difference to those pupils (both in the junior and senior school) who have enrolled on the course and become competent touch typists.’

She welcomes the new recognised qualification and says it will encourage learners to improve their speed and accuracy and 'will improve and broaden their prospects for the future. They will be better prepared for the demands of a world which looks to enhance organisational performance and where economies thrive on efficiency and speed of communication and data.'

David Curran is Assistive Technologies Lead and Head of Careers at Moon Hall School, a specialist dyslexia school in Reigate, which uses assistive technology effectively. He pointed out that touch typing allows children to exploit their kinaesthetic skills and learn patterns on the keyboard for the most commonly used words. This is an argument often used to validate handwriting.

He adds, 'Once they leave school, our learners will be going on to university, apprenticeships, employment, and touch typing is one of the tools they will be using in their day to day life, far more frequently than handwriting. It makes sense to develop their skills as early as possible. Touch typing expands their active vocabulary, and as their confidence builds, they become more creative and communicate more effectively and this is reflected in better exam grades.'

However, with the best will in the world, young people are under such pressure now, and they are going to ask, 'What's in it for me?' I believe a recognised Ofqual qualification in touch typing would be the answer. Not only would it be an extra incentive for them to master the skill but also an additional qualification and achievement on their record sheet, which they can take with them moving forward.'

While schools are focusing on handwriting, the world is moving on. It is very rare to see handwriting listed as an essential or desirable quality in the twenty-first century. It may be time that we pay more attention to the skills needed in the workplace.